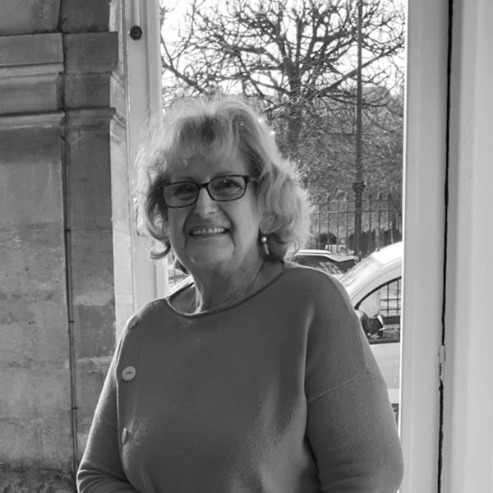 Official Painter of the French Army

Trained at the Raincy School of Fine Arts as well as in the private studio of Ludovico Cosma, himself a former student of the painter and famous poster artist Jean Even (1910-1986), Danielle Rannou’s training ties her to the tradition of resolutely figurative painters who, at the turn of two centuries, wanted to appropriate reality in order to better fortify it in a rapidly changing world. Today, Danielle Rannou is an attentive witness of her time, capable of seizing and restoring through a varied work the diversity of the places lived and visited by the man. The contemporaneity is an obviousness more than a postulate and the precision with which the artist develops her chromatic ranges is a summit of the kind. We note, moreover, beautiful and dazzling tonal audacities which bathe the whole of his work in a dynamic, an immediacy spontaneously invigorating the imagination of the viewer. The bold colors that make up the base of his palette subtly support his quest for light, the quintessence of his approach to the science of landscape. Traditional in its foundations, it is nonetheless profoundly modern in the way it conceives the “vision” inhabiting the canvas. Let’s think about the extent to which the artist manages without any difficulty to sublimate the most emblematic and sometimes overused places of contemporary art, and this only by choosing the exact tonality necessary to render the magnificent uniqueness of each view treated. We have rarely been so caught off guard by the transience of the world around us. Under his

Under his brushes, the apparent eternity of monuments can only bow to the remarkable and fleeting moment of the simplest sunbeam; and the immortality of the artist’s gaze. Among other awards and distinctions, Danielle Rannou has received the 1st prize for painting at the Salon des peintres de l’Armée twice in 2009 and 2011, and was awarded the gold medal of the National Assembly in 2010.

“The paintings of Danielle Rannou flood the walls with color and light. With her sensitivity, the trees of D. Rannou go far beyond the seasons… The foliage, the colors, intermingle to give to see only the force of the plant life. All it takes is a little wisp of air coming in through the window to hear the light rustle of Danielle’s tree leaves and see them come alive, driven by our imagination.”

“Diving into a bouquet, dreaming between the leaves, returning to get lost in the petals, Danielle Rannou’s painting is a gift where flowers and plants undulate in the breath of her inspiration.”

Danielle Rannou, Medalist member of the French Artists, of the Violet Salon, has obtained numerous prizes and has been invited several times as a guest of honor in the Parisian and Provincial Salons.

1st Prize in painting at the Salon des Peintres de l’Armée de Terre June 2009 and 2011, medal awarded at the Invalides.

Gold Medal of the National Assembly in 2010

Medalist member of the French Artists in 1993

Medalist member of the Salon VIOLET

Silver Medal of the ART-SCIENCES-LETTRES

Prize of the General Council of Seine Saint Denis

Guest of honor at Courtry (Seine et Marne) in 2013

Guest of honor at the Prestigious Salon of Annet sur Marne

Franco-Japanese exhibition in Tokyo in 2006

Invited to the Watercolorist Exhibition of Korea, Seoul in 2007